The Grammy-nominated artist Sara Ajnnak from Sweden creates something very personal, the traditional yoik mixed with oriental strings, electronic influences in a contemporary and updated soundscape of the north. Her strength as a performer is the way she communicates emotions through her voice. Concerts are described as a journey through time and space. Sara Ajnnak takes a hold of feelings with a wide range of different sounds and moods.

Sara write her lyrics in ume sami language which are one of the endangered Sami languages. Step by step has Sara regained her language, at the debut album Suojggat she use her traditional language official for the first time.

Sara Ajnnak has relesed three fullenght albums Suojggat 2014, Ráhtjat 2016 and Gulldalit can you hear med 2018. Sara Ajnnak has, with her compositions, her lyrics and her artistry been honored and recognized with several different prices. Västerbotten county cultural prize in music 2018, and the Sami Council’s cultural scholarship.

Sara Ajnnak has competed in the Sami Grand Prix Kautokeino 2017 with the song Mjärra. She participated in the P4 nästa/Väsgerbotten with the song Tjuavuoh Mujna who managed to the final of the competition.

Sara is definitely a rare voice with a unique expression that navigates in a special universe of sound that must be heard.

Listen to my latest album at Spotify. 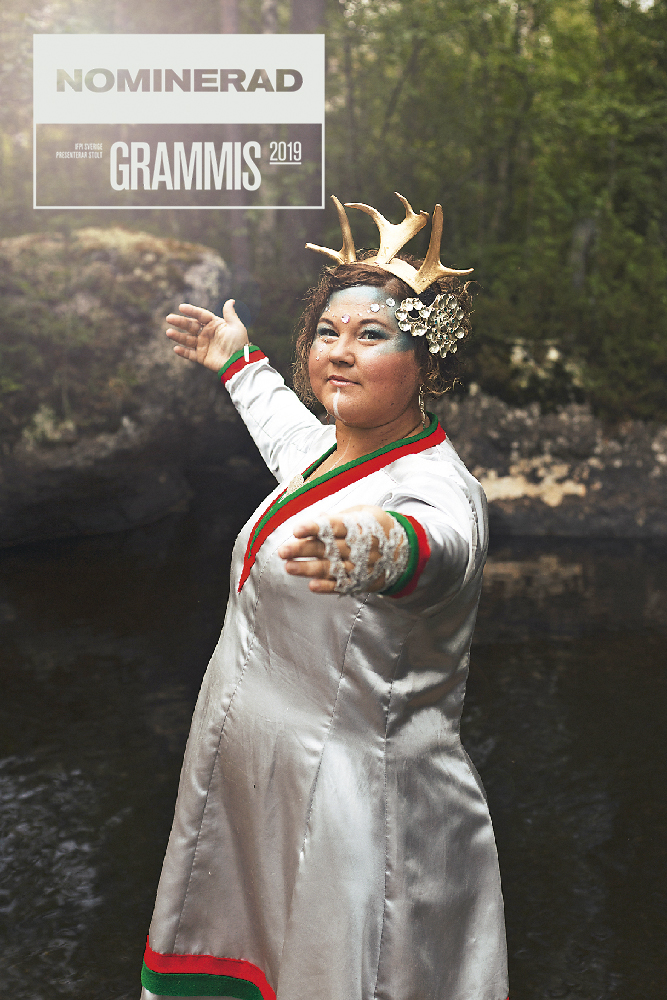